Sadly, we’re hearing more about strokes and blood clots lately. Apparently, this is a rare, but possible concern with coronavirus and it is disheartening because, at first, researchers thought this virus stayed in the lungs. But now, we know it can penetrate all human tissues and organs.

A research study led by doctors at RCSI University of Medicine and Health Sciences in Dublin, Ireland found that some patients admitted to their hospital experienced abnormal clotting, and that this was the main contributing factor to their death. In those patients, they identified hundreds of tiny clots in the lungs. This explains why oxygen levels drop so quickly and so dramatically in the most severe cases of the disease.

Clotting in your blood matters. You want it to clot so you don’t get a paper cut and bleed to death. But you don’t want it to clot so much that the debris forms an obnoxious piece of gunk that ends up blocking blood flow to your brain, heart or lungs. There’s a healthy balance that’s in-between both extremes and we call the balance “homeostasis.”

Today, I’d like to share what I know about clotting and then later, the natural foods and spices that play a role in clotting mechanisms. Blood can be manipulated by foods, spices and drugs. Basically, we can thin it, or we can avoid foods that thin it and allow it to clot faster.

Blood Clots.
A blood clot may be explained as debris that gets stuck in a blood vessel which supplies blood to an organ. And when a big piece of debris lodges itself in a vessel, it may partially, or completely block the normal flow of blood (and therefore oxygen) to the brain. When it’s blocked, it is commonly known as a stroke. When blood vessels to the heart are blocked with clot debris, the impairment results in a Myocardial Infarction (MI). This is commonly called a heart attack.

The clots seen in lung tissue of patients with COVID-19 are unique because they are not just located in the air sacs, they are all over. A few don’t cause too much harm, but hundreds of them can. They are of a different nature than what we see in people with bacterial pneumonia.

According to Professor O’Donnell and his team researching COVID-19, the high level of mortality rates is due specifically to the clotting problem, specifically in the lungs. But again, in America, you are hearing about strokes in younger people now, all of which is caused by clots.

The research from Ireland was just published in the British Journal of Haematology (April 2020). They found that ethnicity plays a role. They stated, “Critically however, ethnicity has major effects on thrombotic risk, with a 3‐4 fold lower risk in Chinese compared to Caucasians and a significantly higher risk in African‐Americans. In this study, we investigated COVID‐19 coagulopathy in Caucasian patients.”

Clots do not happen to everyone who gets the virus, in fact, many people don’t even know they’ve been exposed or infected! It is highly viral, so it can spread quickly, but again, most people don’t even know they were exposed or infected, so they never even get tested. We don’t know the true incidence, prevalence or mortality rates yet. It’s still guesswork.

So as you consume my article, please know that my intention is not to provoke fear, or anxiety, it is to offer sensible advice so you can improve your health. Since the immune system resides in the intestinal tract for the most part, your diet is what instantly changes your gut microflora (probiotic strains), and your ability to fight.

The list of foods and spices below have natural anti-clotting properties, that’s why people who take anticoagulants usually avoid these foods and spices. Certain foods will interfere with their PT/INR levels and medications.

Here comes a common sense clause: Eating foods and spices does not prevent infection from the coronavirus, nor does it prevent a stroke, pulmonary clot infiltration or heart attack. Clots and strokes are serious, and require immediate medical attention so don’t misconstrue my article as medical advice.

The items below can be turned into delicious recipes if you want to include them in your diet to ramp up immune health. They are powerful anti-inflammatory foods and also offer antioxidant protection. Eating them (so long as they don’t interfere with your medication or health conditions), will benefit your body. You probably have these foods and spices in your kitchen right now have these proven health benefits. If not, they are widely accessible at any grocery store nationwide. You can grow some of them easily, such as peppermint, thyme and peppers.

These foods are not listed by strength. In fact, they are in no particular order, just as I think of them. Further, some of the foods are also listed as spices, just depending on how you buy them, meaning fresh or dried/powdered. This is not a complete list:

The reason some of these gently thin the blood varies. In some of the foods it is due to their high salicylate content. You may recognize “salicylate” because that is where we get aspirin, known chemically as Acetyl-salicylic Acid. Some of you are on a daily “baby” aspirin therapy (81mg) because it offers you anti-platelet activity. It keeps your blood from sticking together.

Vitamin K.
While we’re talking about blood and clotting factors, Vitamin K causes blood to clot. Don’t take that as necessarily bad. Vitamin K is in many healthy foods, in fact there is some K in the foods above that I have listed (due to their very high salicylate content).

K is in a lot of foods. It helps the body achieve homeostasis, but Vitamin K is not a blood thinner, it intrinsically ‘thickens’ it if enough is present.

Some Vitamin K is necessary for healthy clotting in the human body. You get enough K from your foods. I don’t know anyone who is deficient in K for that matter: K is a thicker, not a thinner. I’m bringing this up because we are talking about blood, and clots, and blood-thinning foods and spices, so it’s part of the conversation. And medicine like warfarin. By the way, cinnamon contains a high amount of natural coumarin, a blood thinner so be careful with that if you’re on a blood thinning medication. It could enhance the effect.

Now, if you take an anti-coagulant drug (oral or injection) and you are told to avoid Vitamin-K rich foods, that’s something to be mindful of today. The reason or that is because Vitamin K and warfarin work in opposite ways. They are on opposite ends of the tug-of-war rope. So Vitamin K seeks to help form blood clots, while warfarin works to decrease this effect. In a person who has thrombolytic or stroke concerns, you would probably want to avoid Vitamin K and K-rich foods and supplements.

If you take medicine that thins the blood, then too much vitamin K rich foods could prevent them from working as well as they should. So your blood is thick and you’re worried about debris and clot formation, then you’re likely on a medication for that, and tightly monitored. The key to eating a healthy diet is to keep the Vitamin K foods in balance, don’t spike intake randomly, and check the list above because some of the foods in my list are high in Vitamin K.

Minimize Stress Eating.
My hope is that you will consider eating a diet that is healthy, and minimize some of the junk that you might have been consuming these past few weeks. (Maybe I’m talking to myself on that, I find that I’m stress eating more, and then eating more when I’m bored and just plain eating more!)

The fear is crippling, isn’t it?! And true, some of us should be more cautious if we’re in the group that is most severely impacted. But from the statistics that are publicly available, I can reassure you that, just like a cold or flu, the majority of infected folks will survive and thrive again.

While COVID-19 can wreak havoc in the blood stream and contribute to clot formation in a select few, which then may lead to stroke, it is extremely rare. I know it’s all over the news, but having a stroke is not a typical outcome. It is just a possibility, it’s not something you should expect.

Minimize the news actually, it’s probably not doing anything good for your mental and emotional health. Mentioning this randomly because I get emails every single day asking for tips on how to deal with the anxiety this is causing. Perhaps unplugging a little bit more will allow you to find more stillness, more contentment and less fear.

So let’s you and I agree to improve our diet and eat healthier from now on. What we eat impacts our mood. I realize there is a nutritional gap that we need to fill. I’m trying to figure that out. I see that myself, because I am getting way less living foods now, less fresh, green vegetables and foods. It’s gone down dramatically. So I will figure out how to fill that nutritional gap shortly.

In the meantime, if you’re worried about the health of your blood and your bone marrow (where your blood cells are made), then consider including the foods and spices above.

They will greatly improve your immune system and the creation of immune cells that fight for you. It’s simple to upgrade your diet (or expand it) to include 1 or 2 new foods or spices listed above every week. It’s simple and fast! A healthy diet is your best bet for a healthy immune system which is the part of your body that fights for you. Within hours it can benefit you, even during a cold or flu.

Last thing, I want to reassure you that just like a cold or flu, the majority of people infected with COVID-19 will survive and thrive again. And also, while individual recovery times, as well as symptoms, vary from person to person, most everyone recovers from the illness. The fear is crippling though. And some of us should be afraid if we’re in the group that is most severely impacted.

But we all need something positive to hold on to right now. And the truth is that most people survive and get past it. This is a positive thought to hold on to because as we open up the states, we are going to naturally see more stories about those who got sick and passed away. We don’t have control over that. But we have control of our fork. If you feed your family a healthy dose of immune-boosting foods, then you have even better odds of recovering. And that is my wish for all of us. We may not be able to prevent getting it, it’s everywhere, but we can improve our odds for thriving afterwards by eating with healthy spices and therapeutic foods. 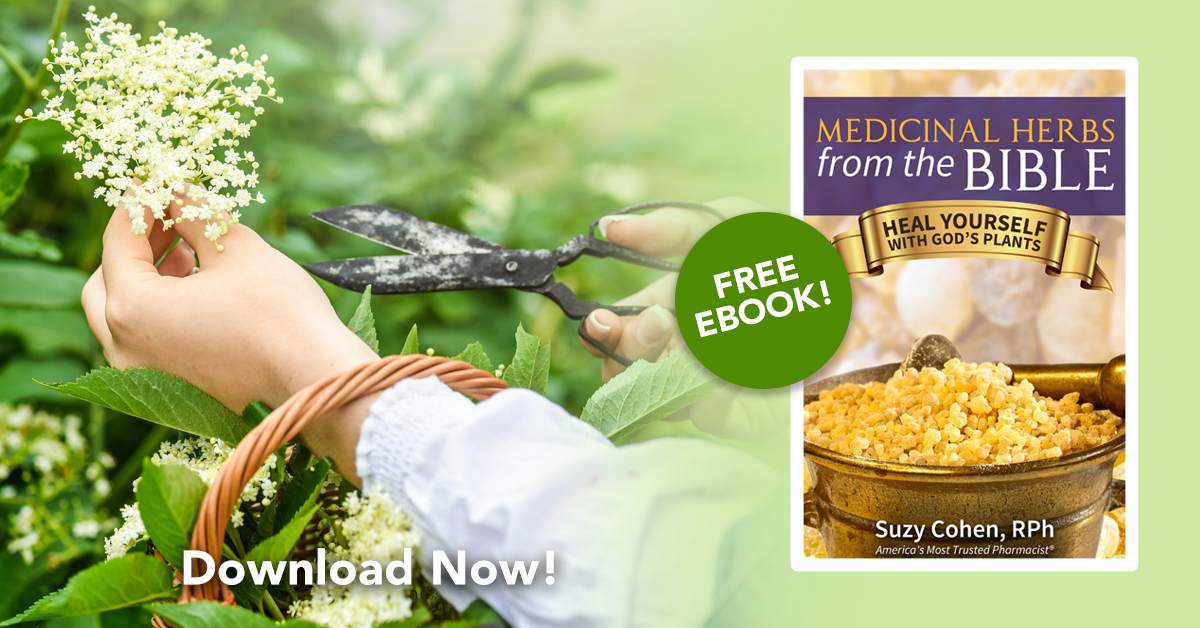