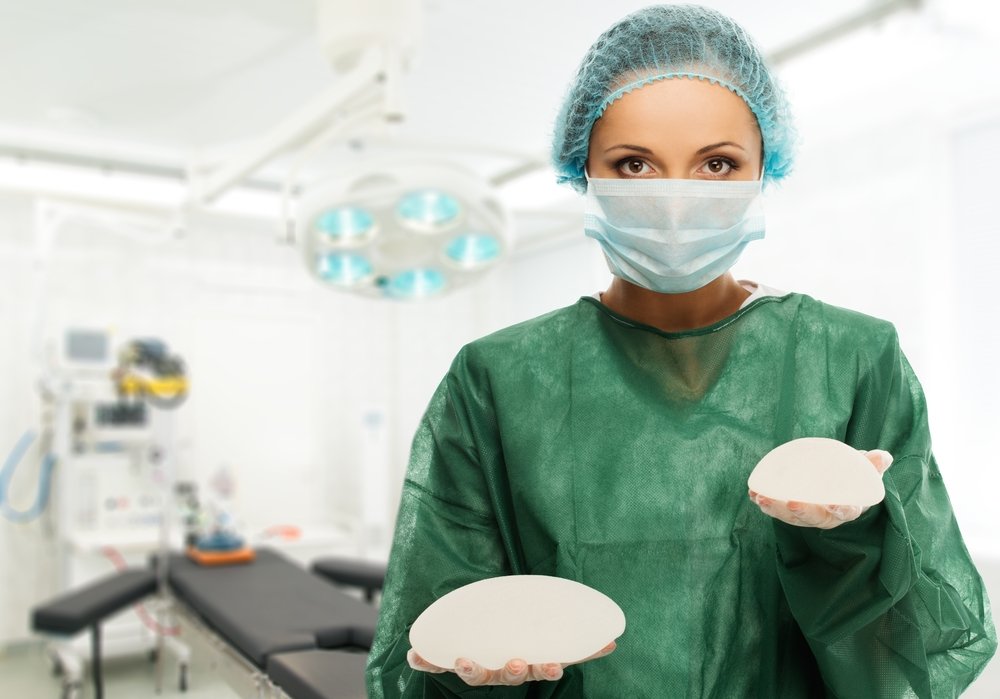 Hundreds of thousands of women voluntarily opt for breast augmentation surgery. There are many reasons for that, and certainly women perceive the size and shape of their breasts to be a vital component of their femininity. Whether it’s for breast cancer reconstruction, or because you seek the “perfect” body, the addition of something foreign into your body will impact your immune system.

For sure, our society is a little obsessed with bust size.
I wonder if most women would opt for it if they knew they were risking perfect health, and possibly risking their life.

Breast augmentation is the single most common type of cosmetic surgery. In 2015, about 280,000 women underwent voluntary surgery to increase their breast size (not for reconstruction purposes).

We know this much right now. Many women who have undergone breast augmentation suffer and get sick. They may not even relate their new problems to their breast implants because they could take months or years to develop.

For example, suddenly you feel fatigued, or develop migraines, experience frequent infections, depression, memory loss, joint pain, panic attacks, brain fog or new allergies. These could be symptoms of breast implant illness. Developing a new auto-immune illness is also possibly correlated to breast implants. There was a Danish study of women who had breast implants for an average of 19 years and the researchers found these women were significantly more apt to experience chronic fatigue, Raynaud-like symptoms (fingers get cold and white), and memory loss and several other cognitive or mood problems, compared to other women their age.

These new symptoms and health concerns that you are dealing with, may inevitably get ‘treated’ with a prescription of some sort. And then more prescriptions over time. It’s possible that within a few years, you will become heavily medicated… and become a virtual zombie, depending on the drug, because very few physicians will link your “breast implant illness” to the root of your current symptoms.

The health problems that you suffer with could very well resolve themselves if you have the implants removed. That’s just one idea. I know you don’t want to hear this, but it is a possibility if you’ve exhausted other methods of getting well and you still feel bad.

If you have implants, and you’ve been to dozens of doctors over the years, please research for yourself what I’m saying here. If what I said just rang true for you, perhaps I’ve just figured out what you’ve been dealing with for years. I’ve seen this exact situation with two friends from Florida, both had implants for more than 20 years, and when both ladies surgically removed them, their health improved dramatically within a year!

A stronger warning coming now. Brand new research from the Netherlands was just published in this month’s JAMA Oncology. It was disheartening to read, not only because I have a few friends who have implants, but also there are millions of women who trusted that these were safe. (An estimated 5,083,717 women in the United States (2010) have breast implants!)

According to the Dutch study, women with breast implants have a statistically significant higher risk of developing a rare type of lymphoma. This cancer isn’t very common at all; however, the risk increases in women with breast implants. It’s called ALCL which stands for Anaplastic Large Cell Lymphoma. To be clear, this is not breast cancer. It’s a type of cancer that impacts the immune system and may first be visible around the scar tissue inside where the implant was placed.

Exactly how breast implants damage the breast and/or trigger ALCL is not known.
But the FDA does know about it, and has since 2011. They have a very good article on their site entitled, Breast Implant-Associated Anaplastic Large Cell Lymphoma

Even with information publicly posted, millions of women have opted in for the surgery since that time. It’s likely that pro-inflammatory cytokines are released around the breast, causing low-grade chronic inflammation and some kind of issue on the surface of the implant, perhaps a pathogen or dangerous bacteria, interleukins, histamine or other compounds that play a role in oxidative damage to our fragile DNA. There are many contributing factors to T-cell lymphomas such as this.

It has been many years that researchers have been aware of the link between ALCL and breast implants, however, the new Netherland study was better able to make estimates because it was a very large study and they used rigorous methods for tracking the data.

The researchers, from VU University Medical Center in Amsterdam, used a nationwide Dutch pathology registry to identify all participants in the country who had been diagnosed with non-Hodgkin lymphoma, including ALCL of the breast between the years 1990 and 2016.

The researchers first examined whether or not breast augmentation increases the risk of developing ALCL. But since that is such a rare disease, it was difficult to look at simply the chances of developing ALCL in people with and without implants. So they reverse engineered this and evaluated women a different, starting with women who had ALCL in their breasts. Then, they determined how many women with ALCL actually had breast implants.

They then compared this to the rate of implants in women who had developed other types of lymphomas in their breast, not ALCL.

Taken together, this data means that women with ALCL (an otherwise rare cancer) were about 421 times more likely to have breast implants than women with other lymphomas in their breast. Symptoms of ALCL come and go and vary from woman to woman. They usually include persistent swelling or pain in the area of the implant, according to the Food & Drug Administration. These symptoms occur years or decades after the procedure. Biopsies, blood tests and imaging studies can detect it.

The researchers determined that approximately 3 percent of Dutch women have breast implants. The United States Census shows that 4.93% of women in the United States have gotten breast implants, and interestingly two-thirds of them are performed in the Eastern part of the country, like Kansas and eastward. The average age of an American woman receiving implants is 34 years old, and she is probably a mom. I say this since 90% of women who opt for this surgery do so after having children.

The Dutch study revealed that 82 percent of women who had Anaplastic Large Cell Lymphoma was using the textured implants (which are different from smooth ones). Textured implants have a higher rupture rate and are little bit stiffer.

Speaking of rupture, women with implants sometimes forgo mammograms due to the possibility of causing a rupture! I don’t believe in those anyway, I’m an advocate for Digital Thermography actually. I’ve never had a mammogram.

But anyway, it appears from this study that the textured implants have a higher correlation with ALCL, compared to smooth ones and 45% of implants sold in the Netherlands are textured. In the US, more smooth ones are used (non-textured).

There’s no particular brand of implant that is deemed more risky than the others, I’m not pointing fingers. Plus, if this study was conducted on American women, it may not reveal the same link to Anaplastic Large Cell Lymphoma as as the Dutch study did because smooth (non-textured) implants are used most often here.

Now, please don’t panic. The risk is, in my opinion, is still relatively low, but I beg you to reconsider breast augmentation if you’re thinking about it. It’s not because of the Anaplastic Large Cell Lymphoma risk, it’s more about the fact that your body isn’t equipped to deal with two foreign bodies in it, and at some point, the oxidative stress and immune dysfunction that results will not be worth the increased breast size.

Breast implants aren’t going anywhere anytime soon, and they are not getting banned. So it’s up to you to decide if they’re right for you. It’s up to you to evaluate the research and make an informed decision about your body. Don’t base your decision on emotion, or bullying, or even what your partner likes. Base it on the kind of health you truly wish to have for years to come. If you are a new reader to my blog, you may not realize that I advise against taking ANYTHING artificial like sweeteners, colors, food additives and so forth. So implanting something into your body for the heck of it, forever, that could leak out and ruin your life, or cause cancer … it makes no sense.

In life, and especially with health, so many of you take needless risks. Some people seriously contemplate the dinner menu for a longer period of time (trying to decide what to order) than they do filling a prescription and consuming a brand new medication. As America’s Most Trusted Pharmacist, it’s my duty to remind you that medications come with lengthy side effects and you should give a lot more time to researching your meds versus your meal. Just saying. I saw this in my practice for 20 something years. Everyone thinks they’re a member of the “This won’t happen to me” club, but then when it happens, it’s too late.

Please give it serious consideration before you opt in for implants. If you could see your life in a crystal ball 20 years from now… see it with implants, and see it without them: that may sway your decision.
Consider the health risks now, and make sure you are informed before you go under the knife for cosmetic purposes.